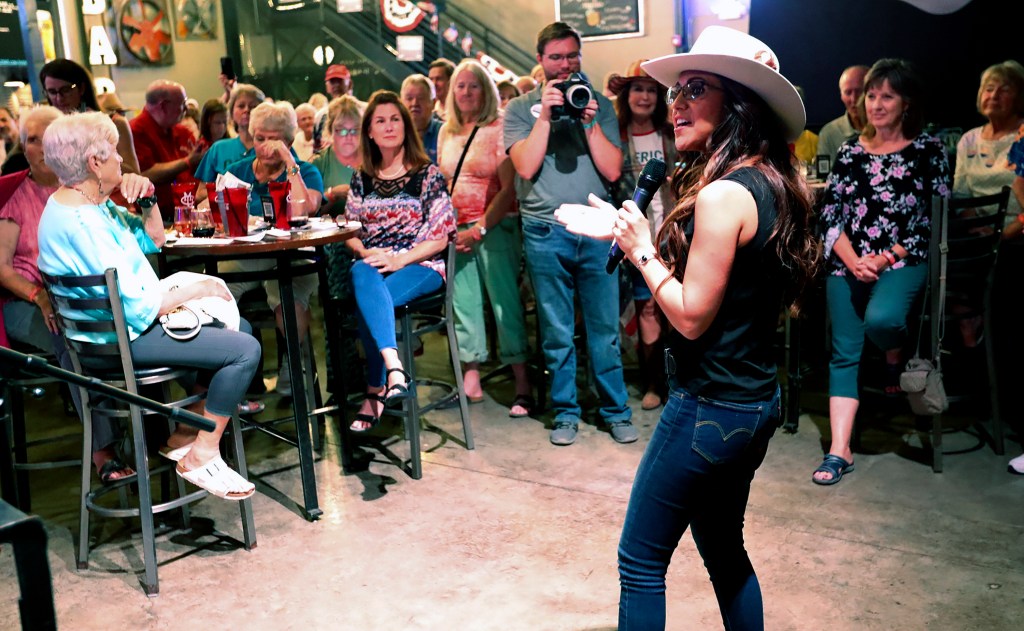 You can say I came out of the womb a Baptist preacher. In fact, I’m Baptist born, Baptist bred, and when I die, I’ll be Baptist dead. At the tender age of 9, I was baptized and confessed my faith in Christ. Despite all this, I never knew what made us different as opposed to any other Christian tradition.

Historically, Baptists are children of Martin Luther’s Protestant Reformation. More importantly, Baptists have always been leaders at the forefront of protecting the separation of church and state. It is these roots that inform me and caused me to pen this response to Congressperson Lauren Boabert’s recent comments on the separation of church and state.

Unfortunately, over the last several decades there has been a small yet vocal decline in support for the constitutional principle of the separation of church and state among some Christians. According to an October 2021 Pew Research Center study, a notable percentage of White evangelical Protestants believe the establishment clause should not be enforced; the Constitution is inspired by God, and the federal government should declare the United States a Christian nation. It should be noted that polls show the majority of Americans still support the separation of church and state.

Because she has aligned herself with the Christian right I was not surprised by U.S. Rep. Lauren Boebert’s recent comments to a church in Basalt, Colorado. For me, her most disturbing comments include “The church is supposed to direct the government. The government is not supposed to direct the church…I’m tired of this separation of church and state junk.” She went on to make the historically incorrect assertion that the principle of the separation of church and state is “not in the Constitution, it was in a stinking letter…”

Before going any further, it is important to clearly establish the factual record. The separation of church and state is enshrined in the establishment clause of the First Amendment. It states “Congress shall make no law respecting an establishment of religion, or prohibiting the free exercise thereof…”

The “stinking letter” is the October 1801 correspondence between then-President Thomas Jefferson and the Danbury Baptist Association where Jefferson sought to assure them the government had no interest in impeding the free exercise of religion.

Boebert’s attempt at being an armchair First Amendment scholar and theologian is anti-democratic, pandering, and contrary to American Christianity’s tradition of upholding the separation of church and state.

Her comments are dangerous because they strike at the heart of a fundamental human right. It is most tangible in the right to worship in a manner you choose at the time and place of your choosing.

Jefferson goes on to reiterate the establishment clause of the First Amendment was written for this very purpose. As recent as 2000, Article XVIII of the Baptist Faith and Message warned “The church should not resort to civil power to carry on its work.” If the government can control your god, then it is no small step for the government to control every aspect of your life.

Southern Baptist theologian, E.Y. Mullins wrote “to put the power and prestige of the State behind one form of religion and merely tolerate others is not religious liberty. It is religious coercion . . .”

To be frank, what Boebert and others of her ilk are proposing starts and ends with religious coercion. From there it is neither a long nor difficult journey to religious persecution.

Let me be clear as a man of faith who actively participates in the public square: the active involvement of religious voices is incredibly important to a healthy and functioning democracy.

However, this involvement requires that those of us who hew closely to our religious commitments have a responsibility to enter the public square with grace and humility. We have an obligation to engage in a manner that reflects the mercies that have been extended to us. Finally, we have a calling to preserve and protect the religious preferences of others as fiercely as we protect our own.

Terrance Carroll is a former speaker of the Colorado House. The first and only African American to ever hold that position in Colorado. He is a Baptist preacher, attorney, and police officer. He is on Twitter @speakercarroll.