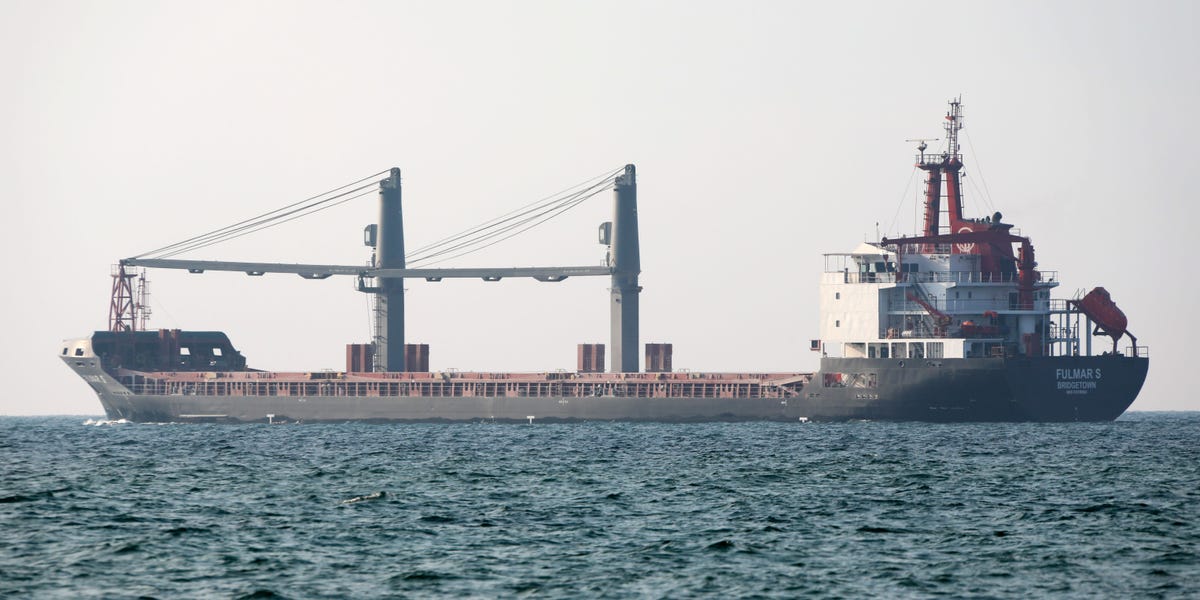 It’s been six months since Russia’s unprovoked attack on Ukraine, which upended decades of peace in Europe and set off a series of wide-ranging consequences, including a spike in wheat prices and a worsening of the ongoing global food crisis.

The area around the Black Sea, which includes Ukraine and Russia, has been called the “world’s bread basket,” thanks to its fertile soil and high rates of grain production. Together they account for nearly 30% of global wheat exports, with some countries, especially in the Middle East and northern Africa, relying heavily on wheat from the region.

But when Russia invaded Ukraine on February 24, grain exports were essentially cut off overnight from a key port in Odesa in southern Ukraine. The price of wheat, already high, skyrocketed, exacerbating high food prices due to supply chain issues and the pandemic.

It would take more than five months before Ukraine grain shipments resumed across the Black Sea, which, paired with other global wheat supply factors, has improved the forecast significantly since the spring. But the threats to the wheat supply, and global food security, remain.

“It’s a situation where some things have changed considerably, and other things, really not at all,” J. Mark Welch, a grain markets economist at Texas A&M University, told Insider.

When Russia first invaded, there were many unknowns: How or when will Ukraine be able to move grain that was ready for shipment? What will happen to this year’s crop if farmers can’t tend to their fields? Will Russia be able to keep up its own grain exports?

As a result, the price of wheat skyrocketed in March and peaked in mid-May, after which it began to fall, despite the ongoing war and the fact that Ukraine had not yet been able to ship from its ports. Welch said by then the global picture had become clearer as countries in the Northern hemisphere began harvesting winter wheat crop in June and July, alleviating some of the shortage concerns, among other factors. Ukraine had also been able to move some grain by land.

By July 22, the United Nations had brokered a deal with Turkey, Ukraine, and Russia to resume Ukrainian exports through the Black Sea, prompting the price of wheat to fall to pre-war levels. On August 1, the first ship transporting Ukrainian grain through the Black Sea set off from the port of Odesa, “Ukraine’s primary outlet to the world.”

“At that point, there had been nothing. That port had been shut down since the invasion. Nothing had moved at all,” Welch said, adding that the first ships to leave port on August 1 were carrying grain that had been loaded on them on February 24, the day of the invasion.

“We’re seeing some grain move out of Ukraine, and Russia is also indicating that they’re increasing their grain exports,” Welch said, adding the opening of the port was very positive. “That kind of alleviates some of the most dire prospects that we were looking at a month or two ago.”

Ukraine’s total grain exports are expected to be down this year, though much of the 2022 crop appears like it will be saved, in part due to the “resilience and resourcefulness” of farmers in Ukraine, Welch said. Grain exports from Ukraine, which typically make up 12% of global wheat exports, are projected to be about two-thirds the amount of 2021.

That missing supply may be compensated for elsewhere, as Welch said “a shortfall in one area can be made up for if weather and resources cooperate in another part of the world.” The US and Canada, which in 2021 had poor wheat crop due to drought, appear to be having better years in 2022.

“At this point, the shortfall may be totally compensated for by wheat crops from Canada,” Welch said.

That being said, just because excess wheat can be harvested in Canada, that doesn’t mean it can easily be transported to countries that rely on Ukrainian wheat, such as Yemen or Lebanon. Transporting wheat to that part of the world would likely be much more costly and logistically difficult from Canada than via the Black Sea.

“Even though we’re moving some grain, if you’re a country with limited resources or income ability to afford high food prices, it can still create a good deal of internal stress or food insecurity,” Welch explained. Though he added the supply compensations should help the price of wheat from returning to record-high levels.

Despite the reopening of the port at Odesa being a major step forward, much uncertainty and volatility remains, including with wheat supply issues that are from well before the war. Welch explained that the wheat stocks-to-use ratio, a measure of how much grain is leftover fro last year that could be lived on this year, is still tight, and has been since around 2007/2008, tha last time there were record-setting wheat prices.

“We’re still in that fundamentally, from a supply and demand standpoint, tight situation for wheat,” he said, adding that as long as that’s the case there will be volatility in the market.

The situation is only compounded by the fighting in Ukraine, especially as the war continues on with no apparent end in sight.

“Even though things are moving and that’s very positive and good to see, it doesn’t appear that the threat is lessened,” Welch said, adding that anything that comes up that would threaten southern Ukraine and the port of Odesa “can certainly undermine the progress we’ve made in this area.”

“Things have settled to a degree, but the underlying uncertainty and risk is still with us.”