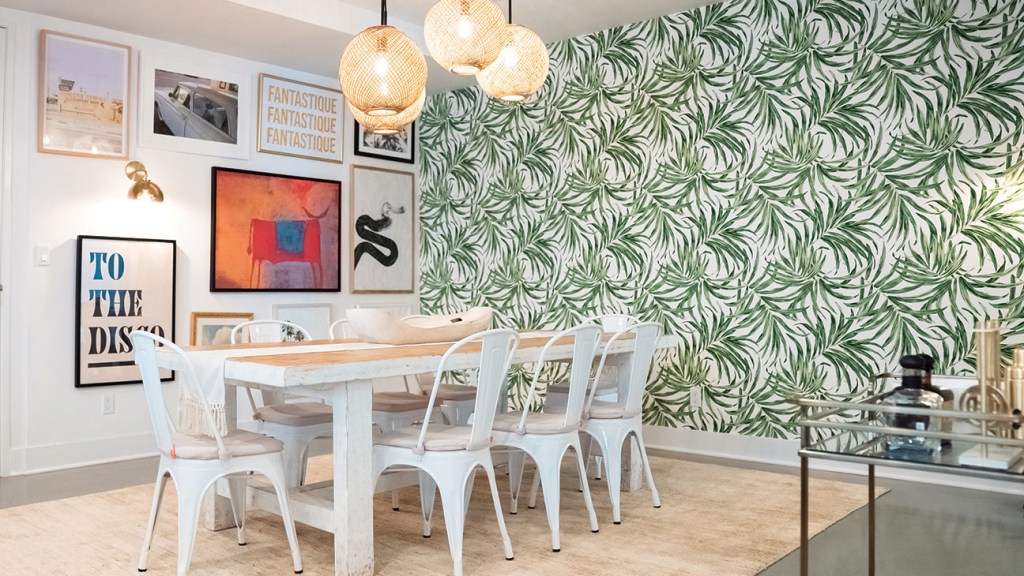 Wheelhouse, a media, marketing and investment company founded by Brent Montgomery and Jimmy Kimmel, has just opened a new 10,496-square-foot production space on Sunset Boulevard that’s meant to be a haven for influencers and other talent who need a centralized hub to take meetings and create content.

The company has locations elsewhere in L.A. and in New York City’s Tribeca neighborhood, but the new West Hollywood space will serve as headquarters for its digital and influencer branches, known as Wheelhouse DNA, which produce shows like Facebook Messenger’s Cookin’ With Brooklyn and Spotify’s Internet Urban Legends.

Ed Simpson, Wheelhouse’s chief strategy officer and the designer of the multiuse space, says the team was primarily focused on pushing the “boundaries of curiosity” when creating the space, adding: “We wanted to build something that has both the work element and the play element. We basically divided the building in half: You turn left to play, and you turn right to work.”

On the work side, which houses two, fully equipped podcast studios, a greenscreen production studio and editing bays for postproduction work, Simpson says he decided to minimize windows to better control soundproofing. On the other side, which includes a shoot-ready kitchen for food and lifestyle content outfitted by Café Appliances –– and a hidden speakeasy for lounging –– “we opened up the windows to let more light in, and the colors we used are much more bright,” says Simpson, who describes the vibe as “modern bungalow” that’s “as far away as possible from an office.”

The overall design scheme of the building was inspired, in part, by Simpson’s hometown of London, known for its old Victorian homes juxtaposed with more modern, shabby chic interiors. The “modern [California] bungalow” style of designer Kelly Wearstler was also on the mood board, according to Simpson. But more broadly, Simpson says Apple’s innovative approach to retail helped guide his ideas of what this Wheelhouse location should be like, given the space’s emphasis on marketing and imagery. “[Apple] really [created] this idea that if you were going to buy a beautiful product — something that’s incredibly well-engineered and designed — it should be in a stunning location,” he says.

Elements of surprise keep the space interesting, like hidden doors that open up to new, Narnia-like environments. Says Simpson: “You get this sense of hidden discovery, and that sense of discovery is part of the creative process.”

This story first appeared in the July 27 issue of The Hollywood Reporter magazine. Click here to subscribe.