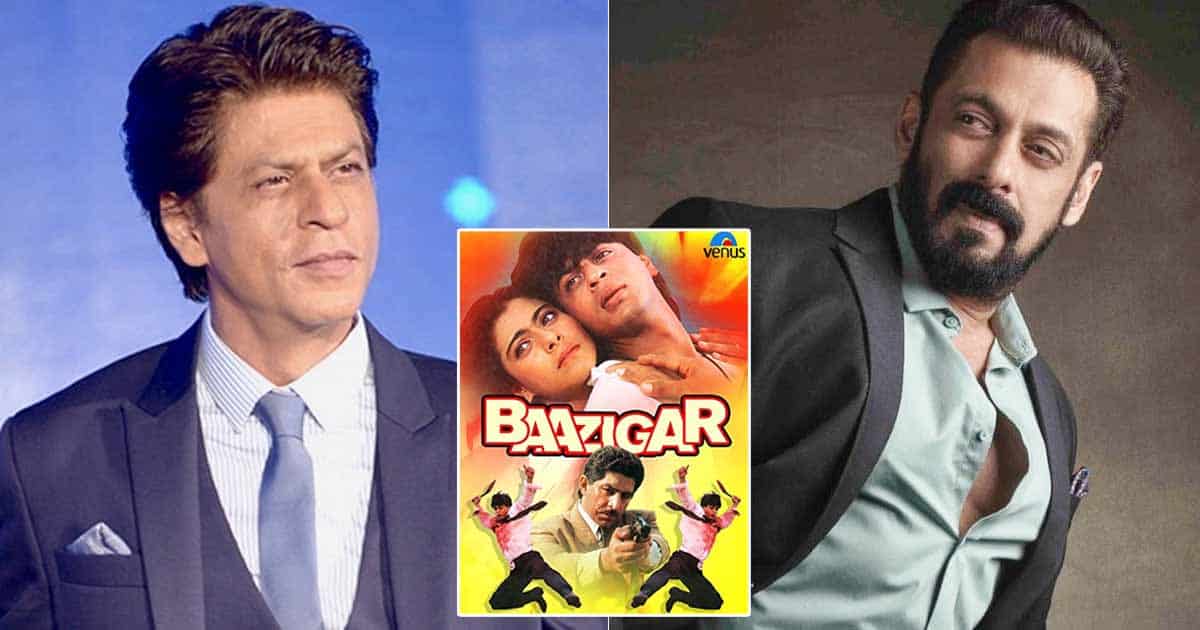 Before becoming a Bollywood superstar, Shah Rukh Khan struggled a lot and started his career by featuring in Television serials. After working on a few tv shows like Fauji and Circus, the actor shifted his base to the big screen where he soon became a megastar. Back in the day, the actor took up some grey characters and one of them was Baazigar.

Directed by Abbas–Mustan, the romantic thriller featured SRK along with Kajol, Shilpa Shetty, Raakhee, Dalip Tahil, Siddharth Ray, and Johnny Lever. The film became Khan’s one of the best movies for which he won the Best Actor award at 39th Filmfare Awards.

Earlier when Baazigar completed 29 years, producer, Ratan Jain, shared an interesting anecdote about casting Shah Rukh Khan in the film. In a conversation with Pinkvilla, the producer told, “We tried for Salman Khan and Anil Kapoor, but things didn’t work out. There were some guys who wanted to do the film, but they didn’t fit the bill.”

Ratan Jain further shared, “Deewana had not released back then and we had the music rights of the film. I saw some portions and was very impressed with Shah Rukh Khan. I then recommended him to my directors and we decided to move ahead.”

The producer also shared his first meeting SRK for the Baazigar, he said, “I first met him at the Sea Rock Hotel, at the poolside. I just told him the one-line idea and he confidently said, I will do the best, only I can do the best. He was so confident and everything was decided on the first meeting itself. He didn’t want a narration too as he had seen the film that inspired Baazigar – A Kiss Before Dying.”

After the success of Baaizgar, Ratan Jain and Shah Rukh Khan collaborated on more films that include, Yes Boss, Josh, Badshah and Main Hoon Na. The producer also shared that SRK never discussed money, and told, “Most of the time, he left things on me. He always asked me to pay what I thought would be good for him based on the market price. More than money, he was always passionate about cinema.”

The post When Salman Khan Rejected Baazigar, Shah Rukh Khan On Doing It Said: “Only I Can Do The Best” appeared first on Koimoi.