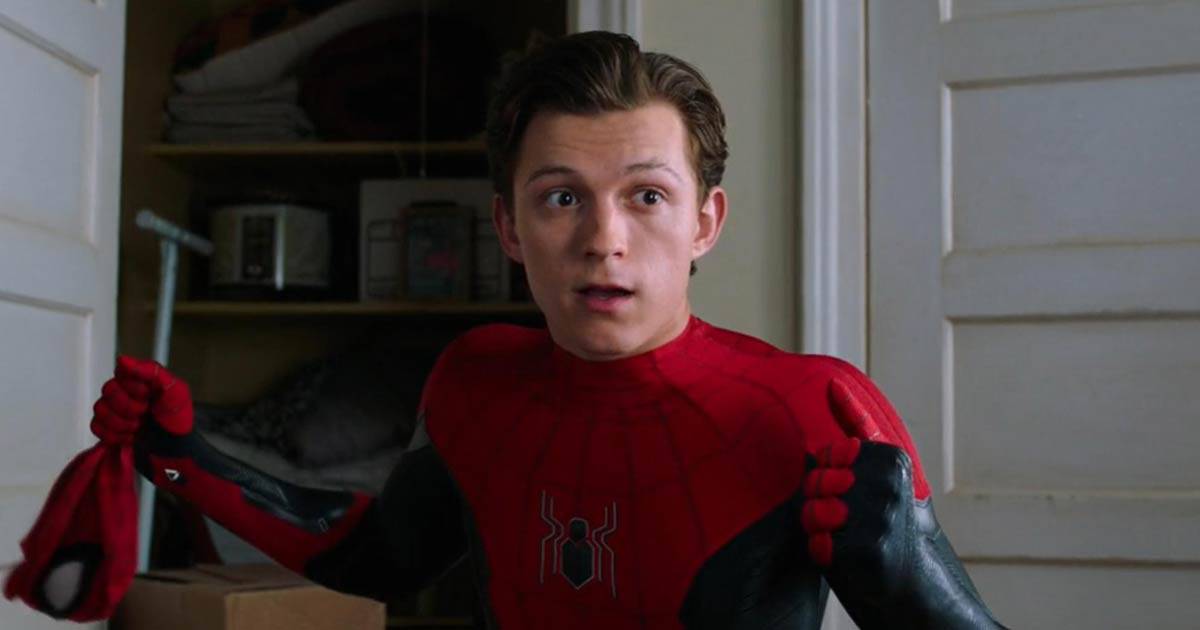 Tom Holland has won millions of hearts as the youngest Marvel superhero, Spider-Man. After making his appearance for the first time in Captain America: Civil War (2016), the actor’s most recent outing as the wall-crawling hero was in Spider-Man: No Way Home. Today, we tell you how this British lad became the friendly neighbourhood spidey.

In a past conversation, the British actor got candid about slipping into the role of Peter Parker by attending a New York City high school undercover for three days in 2016. Read on to know about his experience interacting with fellow students and a pretty girl not believing him.

While on The Graham Norton Show in 2018, the host asked Tom Holland about being sent back to school by the makers of Spider-Man. Laughing before actually answering Graham Norton, the actor said, “Well, it was a joke. They (the makers) don’t obviously understand my British sarcasm. I said, ‘Wouldn’t it be funny if I went to an American high school undercover to see what it would be like to be an American high schooler. And Marvel were like, ‘That’s amazing. Let’s set it up.’”

Tom Holland continued, “So six weeks later I’m like with a backpack, pencil case, books on my way to the school, The Bronx School of Science, which is a school for genius kids and believe me everyone, I am not a genius.” The Spider-Man actor added, “So yes, I enrolled in a high school for three days. I had like an accent, a fake name, a backstory…”

When asked about his fake name, Tom revealed it was Ben Perkins, the name of his acting coach from when he was a kid. The youngest Marvel superhero further spoke about being his story stating that he was introduced as Arun, an Indian kid’s brother on arriving in the school.

On being asked if he spilled the beans on who he is – as we all know Tom Holland loves spoiling things, the actor said, “So I was sitting next to this very pretty girl in class and you have to go through an exam process to get into this school – which obviously I didn’t do.” The Spider-Man actor continued, “She’s like, ‘Hey man, what’s your deal? How are you here?’ So I told her, let me tell you my secret, ‘I’m actually Spider-Man.’ She’s like, ‘Dude, you’re f*cking nuts bro.’”

Adding that none of his movies was out yet and his casting was a big secret, the actor said he “looked like some nutter.” Ironically, even in the Spider-Man film, when Tom’s Peter Parker tells his friends he’s the ‘friendly neighbourhood’ guys no one initially believed him. He concluded by stating that he attended the school for three days and then disappeared. Check out the video here:

The Bronx High School of Science, which Tom Holland attended for a couple of days, has consistently ranked as one of the top high schools in the US. Students must score highly on a competitive New York City-wide exam to gain entry into it. As per reports, the public school’s list of notable alumni is so extensive that it includes 8 Nobel Prize winners, as well as “Iron Man” and “Elf” director Jon Favreau.

Must Read: Spider-Man: No Way Home Box Office (US): Finally Beats Avengers: Infinity War To Enter The Top-5 Of All Time!