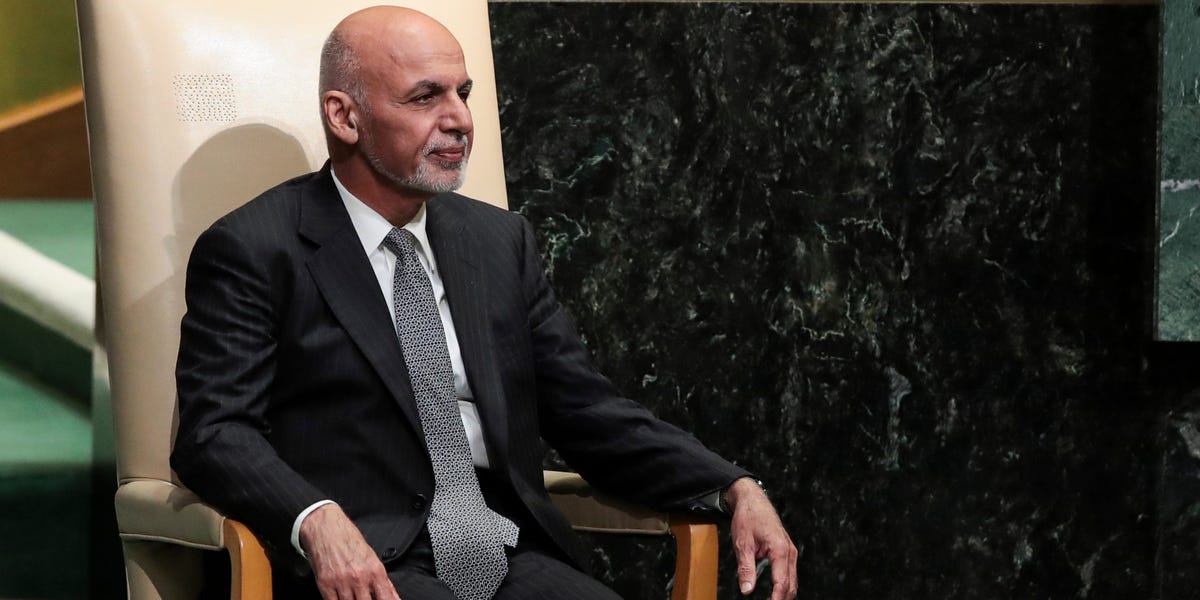 The last internationally recognized president of Afghanistan isn’t interested in playing the blame game — or accepting any blame himself — over the collapse of his government.

“We need to focus on what is now in front of us,” Ashraf Ghani, elected in 2014 and living in exile eight years later, said in an interview this month with CNN. “Our country is in dire condition. I do not have the luxury to engage in blaming or [a] sense of betrayal.”

In the interview, Ghani criticized the “incredibly flawed” peace agreement that the Trump administration reached with the Taliban, and which the Biden administration honored when it pulled out the last American soldiers almost exactly one year ago. The deal, reached in February 2020, laid out a timeline for the withdrawal of foreign forces in exchange for a stated commitment by the Taliban to ensure Afghanistan would not become a haven for international terrorist organizations. It was followed by the release of hundreds of Taliban militants from Afghan prisons.

To critics, the agreement was merely a pretext for the US to end an unpopular, 20-year occupation. But Ghani, speaking to CNN, said he doesn’t blame Washington for the sudden collapse of his government in August 2021, just 16 months later.

Others, of course, would point the finger at him. As the Taliban made gains throughout 2021, Ghani reassured his population that his government would not fall — and claimed credit for the withdrawal of US troops that were propping it up.

But as the Taliban entered Kabul, he left on a helicopter. Reports at the time suggested he brought along with bags of cash from the Afghan treasury, allegations that he denies and which have not been substantiated. Now, he lives in an undisclosed villa in the United Arab Emirates.

He rejects the criticism that he abandoned his country — and doesn’t care for the unfavorable comparison to Ukraine, where the head of state made a point of remaining in the face of danger.

“President Zelenskyy was informed in detail by the CIA of the forthcoming Russian invasion,” Ghani insisted. “We were not offered a single piece of paper by our allies.” (Afghan officials, in fact, warned their US allies that their own military was unable to stand up to the Taliban).

Ghani did note an undeniable difference: The US and its allies were eager to pivot away from Afghanistan, “an irreversible decision,” whereas “other countries rallied to Ukraine.”

As Ghani tells it, leaving Kabul was in fact the final act of a statesman who was dealt a bad hand.

“I was the last to leave and the reason I left is because I did not want to give the Taliban and their supporters the pleasure yet again of humiliating an Afghan president and signing over the legitimacy of the Afghan government,” Ghani insisted.

At the time, though, reporting suggested that Ghani was prepared to do just that. A day before he fled — before the exodus of tens of thousands of others who had worked with the US and Afghan governments — an Afghan official told The Wall Street Journal that Ghani wanted to discuss a power-sharing deal with the Taliban. Ghani would be open to stepping down with the agreement in place, the outlet reported.

Yalda Royan, a women’s rights activist who fled Kabul after the collapse of the Afghan government, represents the criticisms many Afghans have toward to their country’s former president.

“He was a coward,” Royan told Insider. “Anyone who is a leader of a country, they have to either stand with the people and die for it — or just admit and say ‘sorry’ to the people of Afghanistan,” she said.

But Ghani is unapologetic, accusing those who hold him responsible for the collapse of his government are simply looking for a “fall guy.”

Have a news tip? Email this reporter: [email protected]