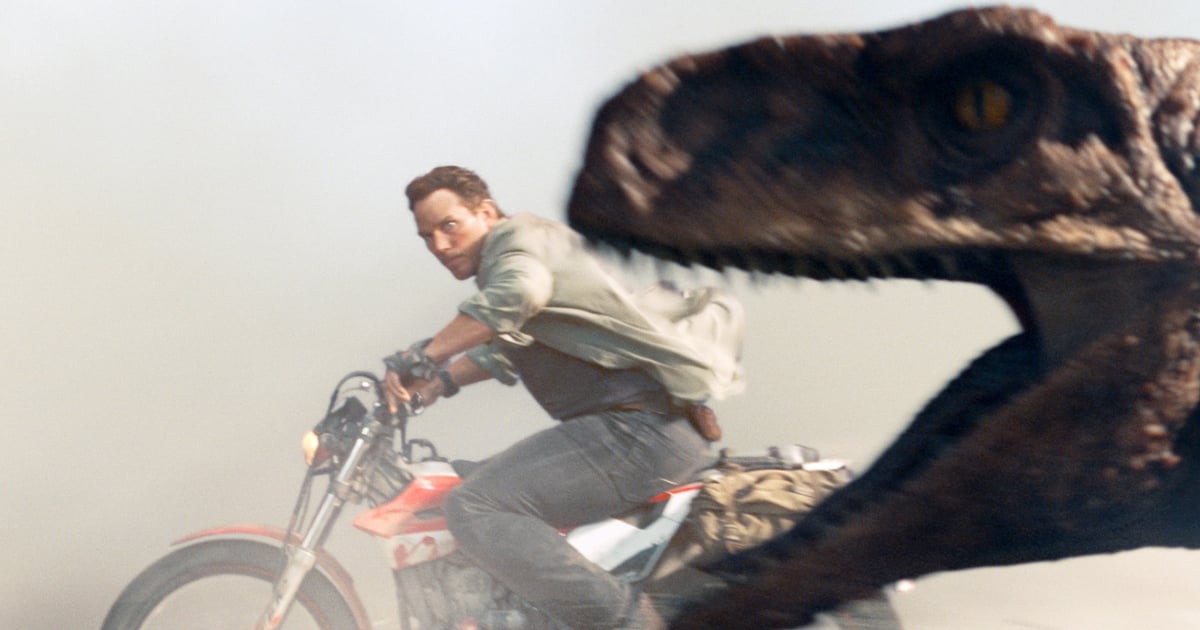 The Jurassic Park franchise is one of the highest-grossing film franchises of all time, with over $2 billion in total domestic earnings and approximately $5 billion worldwide. That box office success is indicative of the dedicated fanbase the franchise has garnered since the first installment was released in 1993. Originally based on the acclaimed book series by Michael Crichton, “Jurassic Park” explores an alternate reality where humans and dinosaurs exist together after scientists create dinosaurs from prehistoric DNA. Throughout the franchise, a group of paleontologists and, then, an animal expert (Chris Pratt), must protect the human race when the dinosaurs break out of their facility and threaten life as we know it.

The newest installment of the franchise, “Jurassic World Dominion,” hit theaters on June 10, and while it’s probably not the last Jurassic Park film we’ll ever see (read: definitely not), director Colin Trevorrow has implied it’s probably the last of the trilogy starring Pratt. “To me, [‘Dominion’] is a culmination of one story that’s been told,” Trevorrow told Entertainment Weekly. “What was important for me was, when you watch ‘Dominion,’ you really feel like you are learning how much of a story that first set of movies was and how everything that happened in those movies actually informs what ultimately is able to happen in this.”

What better way to celebrate this momentous Jurassic Park release than by streaming the other Jurassic Park films? Here’s where you can find them.

Where to Stream “Jurassic World Dominion”

The final installment of the Jurassic World trilogy, and the last film of the Jurassic Park franchise, hit theaters on June 10. The film takes place four years after the destruction of Isla Nublar and features an all-star cast of characters navigating a world where humans and dinosaurs live alongside each other. Is it human beings now who actually face extinction? “Jurassic World Dominion” has an exclusive theatrical release but is expected to hit NBC Universal’s streaming service, Peacock, four months after release around mid-October. Check out the trailer here.

Where to Stream “Jurassic Park”

The movie that started it all follows a group of scientists as they tour a theme park where once-extinct dinosaurs are alive and thriving. Things quickly turn dangerous when amid a tropical storm the dinosaurs escape, risking the lives of everyone on the island. “Jurassic Park” is available to stream on HBO Max, as well as Hulu with the streamer’s HBO Max add-on.

Where to Stream “The Lost World: Jurassic Park”

In the second Jurassic Park film, a team of researchers travels to Isla Sorna, a second island where dinosaurs have roamed free since the storm four years earlier. When another group seeks to capture the dinosaurs and transport them to a new theme park in the US, the researchers must fight to keep the dinosaurs on the island before the creatures can cause more harm. “The Lost World: Jurassic Park” is available to stream on HBO Max, as well as Hulu with the streamer’s HBO Max add-on.

Where to Stream “Jurassic Park III”

Dr. Alan Grant, one of the scientists who traveled to Jurassic Park in the first film, is back in “Jurassic Park III,” after being persuaded by a wealthy couple to go on an aerial tour of Isla Sorna. He doesn’t know that they have other motives or the danger that awaits. “Jurassic Park III” is available to stream on HBO Max, as well as Hulu with the streamer’s HBO Max add-on.

Where to Stream “Jurassic World”

The first film in the Jurassic World trilogy takes place more than 20 years after the events of “Jurassic Park.” The former site is now a successful tourist attraction, renamed Jurassic World, with amusement rides and tours. All is well until a genetically engineered dinosaur, called the Indominus Rex, escapes confinement and terrorizes the park. “Jurassic World” is available to rent or buy on Amazon Prime Video. You can also watch it on Hulu with the streamer’s Live TV option.

In “Jurassic World: Fallen Kingdom,” dinosaur handler Owen Grady and Jurassic World manager Claire Dearing return to Isla Nublar, where a catastrophic volcanic eruption threatens to make the dinosaurs extinct. They’ll not only have to save the creatures from that danger, but also from a team seeking to profit off of them. “Jurassic World: Fallen Kingdom” is available to rent or buy on Amazon Prime Video. You can also watch it on Hulu with the streamer’s Live TV option.