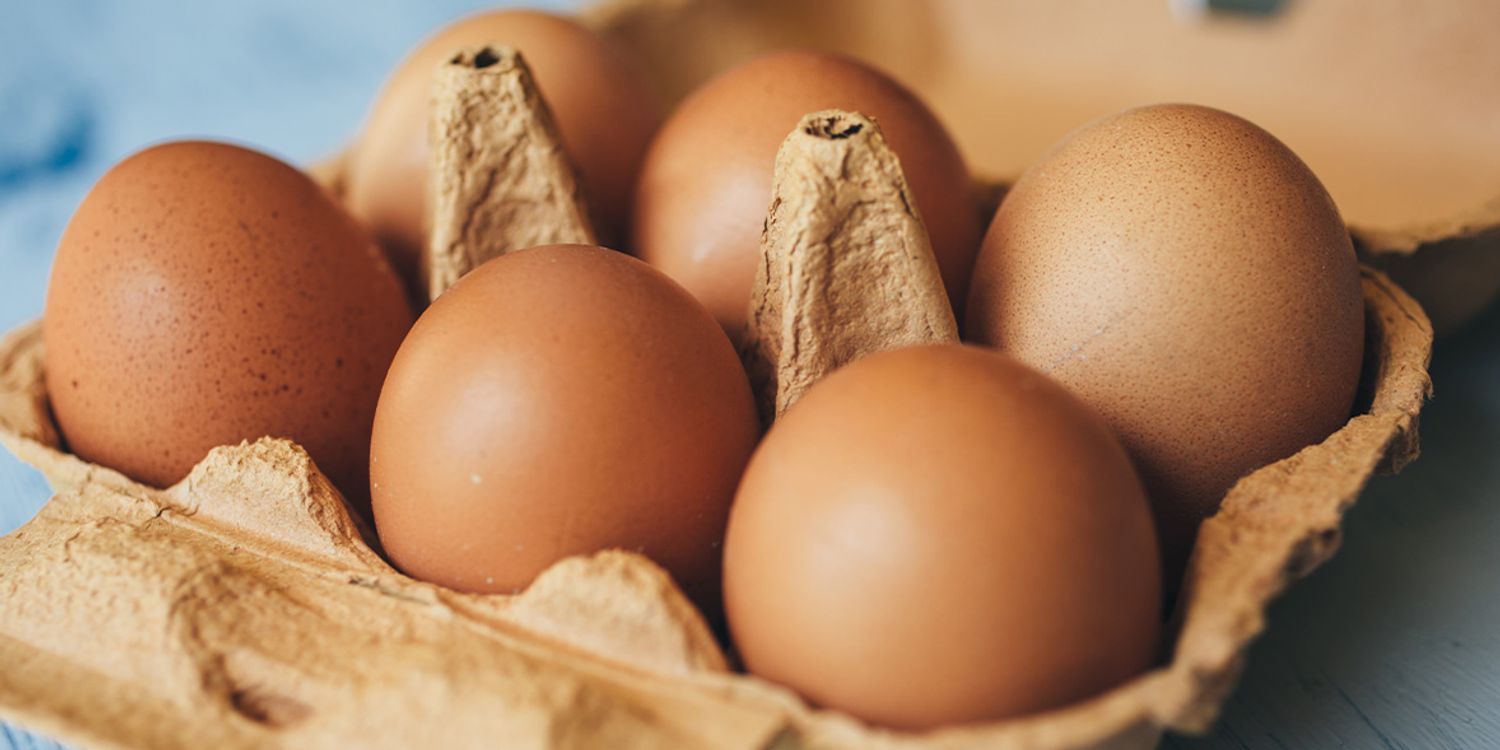 With gaps on supermarket shelves becoming more frequent are food shortages part of our everyday lives that we need to get used to?

We’ve had a sunflower oil scarcity caused by the war in Ukraine this year, a panic around a deficit of turkeys last Christmas and empty supermarket shelves were a regular sighting at the start of the Covid pandemic.

Sign up to our free Food & Health newsletter for tips on living well and saving money on your shopping.

Avian flu has disrupted the supply of eggs. During the outbreak, birds need to be housed indoors to minimise the virus spreading as it circulates among wild birds by law.

However if a hen becomes infected, especially one housed indoors in close proximity to others, the virus can spread quickly.

If one hen in a flock is infected the entire flock needs be culled which leads to fewer hens laying eggs.

According to the government the current outbreak, which has been going on since last year, has killed 3.8million birds in the UK and 97million globally.

A Defra spokesperson told us: “There are 38 million laying hens across the country and we are not expecting any significant impact to the overall supply” and added they “are working with industry to monitor the market”.

However the British Egg Industry Council said that there are other factors in the shortage too, namely rising costs that farmers have faced in the past year.

It says that as costs have soared many egg farmers have had no choice but to cease production.

The British Free Range Egg Producers Association said: “Egg producers have been hit with huge price hikes in production costs. Feeding hens is now at least 50% more expensive than it was, spending on fuel has grown by 30%, while labour and packaging also costs more.

In March we asked for a 40p per dozen rise in egg prices at retail level and for the additional money to be passed down the chain to producers. While egg prices have risen by about 45p, most farmers have only received 5-10p of that rise”.

Andrew Opie, Director of Food & Sustainability at the British Retail Consortium (BRC) said: “Supermarkets know they need to pay a sustainable price to egg farmers but are constrained by how much additional cost they can pass onto consumers during a cost-of-living crisis”.

Should we be worried about food shortages?

What are the supermarkets doing?

To cope with the current shortage several supermarkets have introduced temporary limits on the number of eggs customers can by to try and ensure availability for everyone.

We contacted the supermarkets and here’s what they told us on the 22nd November 2022:

Andrew Opie added: “While avian flu has disrupted the supply of some eggs ranged, retailers are experts at managing supply chains and are working hard to minimise the impact on customers. Furthermore, retailers have long-standing established relationships with their suppliers and know how important maintaining these are for their customers and businesses”.

What are supermarkets and shops doing to help with the cost of living crisis?

Are there safety concerns around eggs?

You can’t catch bird flu from eating eggs (or cooked poultry), even in an area where there’s an outbreak.

In the UK eggs are labelled with a best before date which is 28 days from the date the egg was laid. However as long as they have been stored in the fridge the Food Standards Agency says they can be eaten after the best before date but they should be cooked through so that the white and yolk are solid or used in dishes such as cakes where they will be fully cooked.

How to tell if your egg is fresh.

There have been reports of non-UK eggs filling gaps on supermarket shelves, for example at Sainsbury’s.

The British Egg Industry Council said: “It is very disappointing to see foreign eggs on supermarket shelves. Our research shows that British consumers want and expect eggs to be home produced which offer them the highest standards. It is important that retailers clearly make imported eggs”.

“This advice does not apply to those that have weakened immune systems”.

What can you do?

First of all only buy what you need. Most supermarkets who have introduced limits told us they did this in reaction to customers bulk buying eggs.

Hopefully if everyone buys only what they need there will be enough to go around.

However if you’re unable to get hold of eggs there are other ingredients you can replace them with in a recipe.

Cakes and baking: eggs can be replaced with ground flaxseeds soaked in water, apple puree, mashed banana and yoghurt. The BBC has quantity suggestions.

Meringues: Aquafaba, the water form a drained can of chickpeas, can be whipped like egg whites and is popular as an egg white replacement in recipes

Tofu: Whipped silken tofu can replace eggs in chocolate mousse or even a vegan cheesecake. And firm tofu can be mashed and fried with turmeric (and maybe some onions) to replace scrambled eggs in an English breakfast.

10 simple ways to be more sustainable

Why are eggs so popular?

Eggs are relatively cheap and nutritious. They’re a good source of protein with a medium egg containing around 6g of protein.

They’re also a good source of other nutrients – vitamins A, folate, B12, D and E, iodine and omega-3 fatty acids.

They’re quick to cook, versatile and can be enjoyed at breakfast, lunch or dinner.

Are expensive eggs the best?