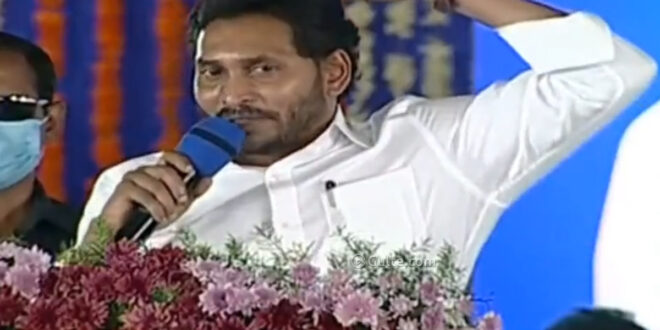 The results of various surveys by the YCP agencies, I-PAC and a Delhi-based organisation have put the party’s elected representatives on the edge what with a majority of them likely to be shown the door by the 2024 general elections. Election strategist Prashant Kishore, who owns I-PAC, reportedly suggested that around 75 MLAs need to be replaced as they were facing severe opposition in their constituencies and their graphs were in the downward trend.

Sources in the YCP said that a survey by Chief Minister Y.S. Jagan Mohan Reddy’s reliable agencies indicated 60 of the MLAs in the Cabinet were not performing well on the ground and hence, the CM is of the opinion to replace them.

Similarly, the YCP in-charges of Kondapi and Paruchuru are also likely to be replaced.

The surveys also revealed that there is dissatisfaction among the public with regard to the MPs in around 10 Lok Sabha constituencies too. Jagan is reportedly planning to give tickets to new faces in Anantapur, Nellore, Bapatla, Vijayawada, Eluru, Amalapuram, Anakapalli, Visakha, Vizianagaram and Srikalahasti constituencies. Narasapuram MP K. Raghu Ramakrishna Raju would also be replaced.

According to the party sources, the followers of Tadikonda MLA Undavalli Sridevi have been protesting against the appointment of MLC Dokka Manikyavaraprasad as the YCP coordinator in the constituency. Former minister Sucharita’s followers also staged a dharna recently.

Meanwhile, there is another threat to the MLAs as RRR said that the electoral battle would be one-sided if the TDP and Jana Sena join hands in the 2024 elections. He said that a survey under the banner Public Talk had presented its predictions on the upcoming elections and the results are already viral on the internet.

There is buzz that the MLAs and ministers are of the opinion that the government is facing stiff opposition from the public. Many of them lamented that the volunteer system has distanced them from the public. Except for pressing the button, development works are not being taken up in any of the constituencies, felt the party MLAs.

Reportedly, the YCP legislators fear rout in the upcoming elections as they are able to experience the increasing opposition against the government during the ongoing Gadapa Gadapaku Mana Prabhutvam when many people grilled the MLAs and even abused them. In some places, the party MLAs even had to run for cover as the public tried to attack them.

In such a situation, if the TDP and Jana Sena can get together, there is talk that the winning chances for the YCP would be very bleak in the state.