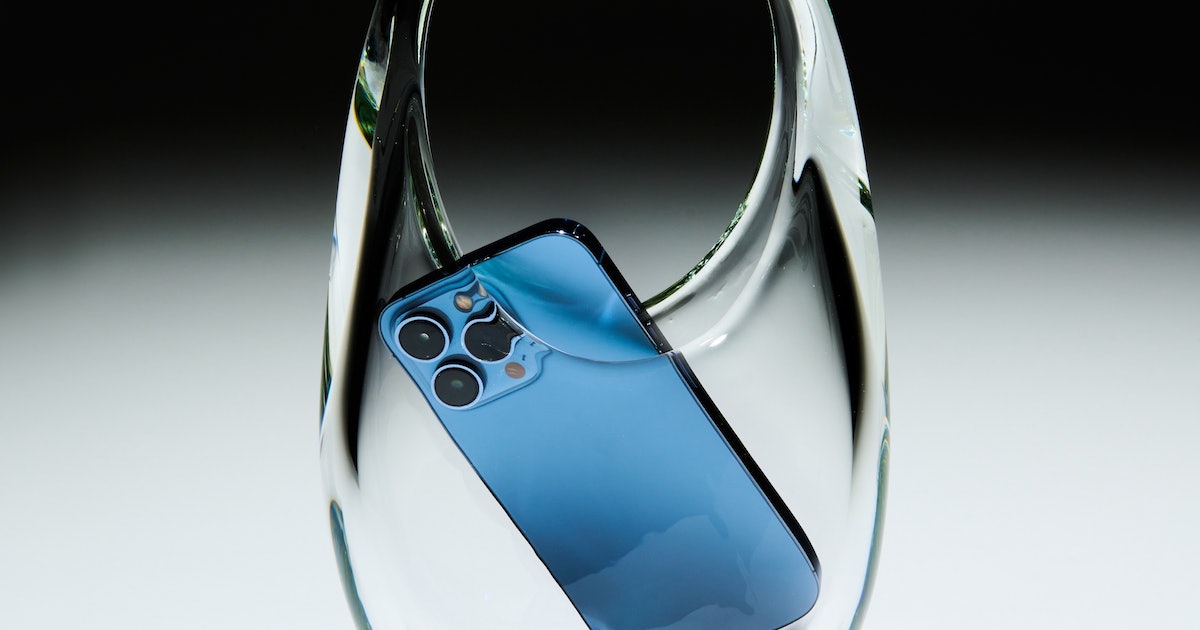 For a fashion show to outlive its measly 15-minute existence, it needs to feature memorable moments that lend themselves to going viral — a model strutting along to Frank Sinatra in a Balenciaga x Adidas latex fetish suit or Nicolas Ghesquière reviving the controversial, illogical Carrie Bradshaw look of wearing a grommet belt directly on your torso (see: Louis Vuitton Cruise 2033). On Coperni’s Fall/Winter 2022 runway it was Gigi Hadid carrying a devil-horned version of its Swipe Bag made entirely of glass. Made in partnership with subversive glassware brand Heven, the purse became a cult favorite on social media — and the catalyst for fashion’s current glass accessories trend — almost immediately after the show drew to a close.

It wasn’t long after that the bag had its red carpet debut on not just one but two celebrities: Doja Cat and Tinashe both carried it at the 2022 Grammys. And the PR boost didn’t stop there: Just a few days later, Kylie Jenner posted the piece on her Instagram, utilizing its see-through nature to display two Kylie Cosmetics lip products. “Put anything on a Kardashian or Jenner, and it’s going to pop off. People love that,” Breana Box, co-creator of Heven tells TZR over the phone.

“[Coperni creative director] Sébastien Meyer DM’d me on Instagram one month out of the show and said he wanted to collaborate on something,” Box explains on how this whole project began. After a Zoom call with Coperni’s team, Box and her co-founder and romantic partner, Peter Dupont, jumped into the studio. “It was very much a process of trial and error. Some of our first prototypes were successful, and some almost blew up in our faces,” Dupont says. Eventually, alongside a glassblower named Josh Raiffe, the technique became streamlined, and the end results were functional bags made entirely of a less-than-functional material. Heven was able to offer Coperni three iterations of its iconic Swipe Bag: Hadid’s translucent, devil horn-adorned style, one done in a mirror-like chrome, and another in an opaque blue gradient.

“We’re not technically trained at all. We’re like jazz players — we just go with the flow,” Box shares, explaining how she first got into glassblowing through a course bought on Groupon(!) during the early days of the pandemic. Some might even go so far as to call Heven’s glassblowing methods, well, sinful. It is, after all, a craft known for its strict devotion to tradition and Box and Dupont are hellbent on shirking convention in favor of stepping out on their own. The tweaked demon horns of their now-infamous glass Swipe Bag, for instance, are one of their signatures.

Fashion historian Kimberly Chrisman-Campbell explains that the duo’s boundary-breaking approach likely plays a significant role in the reason the glass purse became such a hit. “Fashion has to constantly up the stakes to stand out, especially on the red carpet or in the crowded social media landscape,” says Chrisman-Campbell, adding that novelty is paramount above all. What’s been done before no longer has any extra juice: “Naked dresses, for instance, are no longer shocking or even surprising, whereas baked glass accessories still get attention.”

Part of the buzz, perhaps, can be attributed to the delicate nature of the medium. “We try to make the bags as light and sturdy as can be but, you know, they’re still glass,” explains Dupont. “But I think that’s also part of the appeal, and what makes them a luxury item. They’re fragile — you have to be careful.”

You can’t swing the glass Swipe bag around haphazardly or bring it out with you while you sip a few cocktails — it is a very breakable accessory and needs to be treated as such. There’s a surrealist quality to them, too, which only adds to the bags being like works of art. “Surrealism hinges on incongruity,” chimes in Chrisman-Campbell. “Glass does this on a number of levels, highlighting the tension between revealing and concealing, utilitarian and decorative, strong and fragile.”

Jane D’Arensbourg, a Brooklyn-based artist who creates wearable glass art through her eponymous label, loves the material precisely for its fragility, saying she believes it yields a humbling effect. “I like to think that wearing glass jewelry is grounding,” she tells TZR. “The types of glass I use, Pyrex and borosilicate, are some of the strongest and surprisingly durable. I have customers who never take their glass jewelry off, even at the gym,” the craftswoman explains. “Even still, the concept and experience of wearing a material known for its fragility can ground you.” It’s a reminder to be mindful, as one wrong move and your special piece is no more, its beauty squandered into nothing more than shards on the floor.

D’Arensbourg theorizes that people are reaching now for glass extras because of their translucence, which she finds to be refreshingly lucid and honest. “There’s been a lot of time to reflect in the past two years and, collectively, aren’t we all searching for a bit of clarity in this murky time?”

“There’s also has been a shift towards appreciating handmade goods and smaller independent designers and artisans,” explains D’Arensbourg. “People are thinking more about investing in a special, one-of-a-kind accessory rather than something that is mass-produced and will fall apart as quickly as a trend changes.”

Heven’s Dupont echoes D’Arensbourg, pointing to the recent crochet and knitwear boom and the many crafters who’ve turned their pandemic-prompted hobbies into fully fledged businesses. “These are practices that people can relate to and understand, or at least have some idea of,” says the designer. “[They’re like,] ‘This makes sense to me — I know it’s made by hand and by somebody who loves what they do.’” This, Dupont says, is helping people feel more connected to one another, as its a union created through a labor of love.

Dalya Benor, a writer and founder of jewelry brand Tutti Bene, personally finds connection with past artisans by creating new works made of vintage glass beads, namely those from Italy’s Murano region. “I like to play with the tension between luxury and quality in conjunction with a free-flowing, organic, handmade aesthetic,” she tells TZR over email. “Italian glass and Murano beads were the foundational inspiration behind Tutti Bene, but I also source beads from all over the world. They all come together to tell a story in the finished piece.”

For Annika Inez, a jewelry artist who prominently uses glass in her work, the medium’s appeal is its inherent contradictions. “I’m drawn to glass because it’s a statement, yet barely there — it appears fluid yet also frozen in time,” Inez illustrates. “My shapes are created with material in mind and to not go against its natural quality because you can shape glass never not fully control it.”

D’Arensbourg, like Inez, also lets glass take the lead in her work. “The technique I use to make my glass jewelry is known as ‘flame-working,’ which I often describe as welding with glass,” she explains. “I might sketch an idea on paper, but most of the time my ideas happen right on the torch,” says D’Arensbourg. “Glass has a mind of its own, so I listen to what it wants to do rather than force it.”

“Handblown glass will always have different quirks from the process, so it never feels factory-made or streamlined,” says Dupont as his and Box’s conversation winds to close. “And I think that’s definitely part of how we’re dealing with what’s happened and what is happening [in the world] — we are seeking things out that have some realness to it.”

(Stay Up to Date)