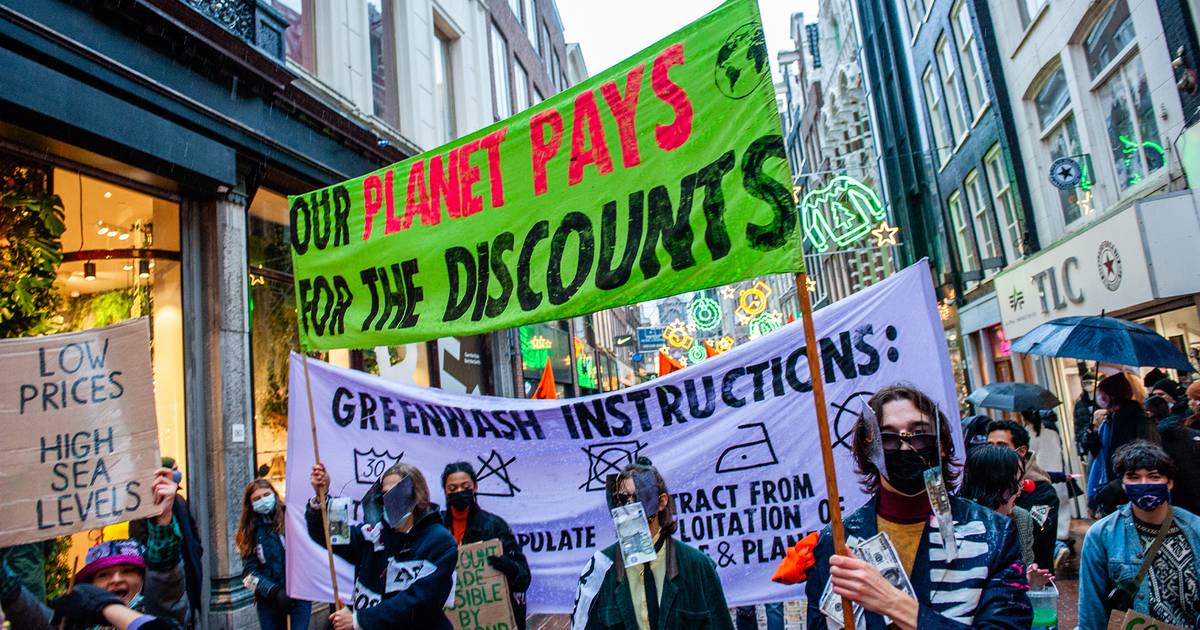 Prices are up, consumer confidence is down, and analysts are increasingly talking about when — not if — a recession will hit the economy.

The global economy‘s last major downturn in 2008 was a huge setback for the push to make fashion more sustainable, which at the time was in its infancy.

“There was so much conversation about climate change … Everyone was jumping on the bandwagon, and there was so much momentum,” said retail veteran Julie Gilhart, who as then-fashion director at Barneys was overseeing the launch of the department store’s first organic collection.

“Once the recession hit, it hit hard, and the conversation of sustainability and responsible fashion just went away,” she said. “People were just trying to survive.”

Things are likely to be different this time around. Though a downturn will still test brands’ and consumers’ willingness to spend on sustainability initiatives and products, the context in which the industry is operating has changed dramatically.

Climate change and its impacts are increasingly visible and inescapable. The pandemic has helped elevate social issues in the cultural conversation. Regulators are intensifying their scrutiny of the fashion sector, and consumers are too well-versed in fashion’s negative impact for the conversation to dissipate entirely.

Below, BoF unpacks some of the trends that could emerge as a result of a looming recession, to both the benefit and detriment of fashion’s sustainability push.

The big question for any brand looking to operate more responsibly during a downturn is whether consumers will still be willing to pay a premium for their products.

Better materials, lower-impact manufacturing and ensuring decent conditions and pay for garment workers all come at a cost. Brands with a focus on sustainability often operate at a contemporary price point, the market segment typically hardest hit during a recession. Even lower-cost retailers’ more socially responsible or climate-conscious offerings tend to come at a premium consumers may be less willing to pay when times are tough.

Roughly a third of 9,000 global consumers surveyed by research firm Kantar in June said the rising cost of living has already prompted them to change how they buy cosmetics — a market segment typically seen as relatively recession-proof. Where they previously sought out products with sustainable branding, the respondents said they’d switched to cheaper, conventional alternatives. A further 27 percent of people surveyed said they would probably make the same switch, even if they haven’t yet.

“When I think about price and how value-conscious consumers are, I think that sustainability has always found itself in a bit of a challenging place,” said Jason Mahendran, an investor at consumer-focused firm Active Partners, which counts outerwear brand Finisterre, womenswear brand The Fold and activewear label Tala among its fashion portfolio. “The reality was, sustainability was already targeting a more affluent consumer, because … it is more expensive to produce things sustainably.”

That’s an undeniable headwind and it’s likely some spending is put on hold. But brands can’t simply abandon high-profile and public commitments to operate more sustainably. Brands that are able to maintain their efforts to operate more sustainably, communicate transparently about why they may need to make compromises and offer an accessible price point will have a particularly powerful proposition, experts say.

“As investors, we’re thinking in this environment … ‘How can you be sustainable, but at a price point that is achievable for mass reach?’” said Mahendran. “Otherwise, you’re just targeting a relatively niche, affluent group of consumers, and then you’re not really probably having as much impact as you potentially could.”

A Slow Down for Fast Fashion

Over the last two decades, the pace of fashion consumption has increased, leading to a pile of waste and driving up the industry’s environmental impact. A downturn could prompt the slowdown many sustainable fashion advocates have long called for, curbing spending on cheap, disposable fashion.

“There’s this pernicious idea that fast fashion exists only because of poor people. We know that middle-class people are propping this shit up,” said Aja Barber, a sustainable fashion consultant and author of “Consumed: The Need for Collective Change: Colonialism, Climate Change, and Consumerism.” “People genuinely haven’t weighed needs versus want, but I think more of that is going to start to happen,” she said.

That doesn’t mean people will stop buying from fast fashion brands, but what they put in their basket will likely change, with value-driven purchases and basics becoming more popular than micro-trend-driven impulse purchases, analysts say. Those products tend to be more evergreen, avoiding deep discounting and waste if they can’t be sold immediately. They are also likely to remain in consumers’ wardrobes longer than any impulse buy.

“As people start tightening their belts when it comes to what they need to buy, a lot of fashion brands will actually need to start thinking about what people would want for the long term,” said Emma Chiu, global director at trend forecasting think tank Wunderman Thompson Intelligence.

A Boost for Resale

A recession is also likely to fortify the rise of resale and rental, already fast-growing markets that play into the desire for value and bargains that usually accompany a downturn.

The secondhand apparel market is expected to be worth $53.2 billion by 2023, according to research firm GlobalData. That figure accounts for a mild recession, but even in a worse downturn secondhand fashion is expected to remain resilient among consumers seeking lower-priced options, the company said.

Indeed, a recession could help both accelerate an ongoing cultural shift that has made resale cool and encourage brands to adopt the format more swiftly themselves. “[Circular] business models were relevant prior to the current environment that we find ourselves in, but I think they’re going to become more and more relevant,” said Mahendran, as consumers factor price as well as sustainability into their shopping choices.

“If I’m a well-known … luxury firm [without a resale business] … I’m missing out on all that revenue and I’m missing out on all that opportunity for circularity and the credit that they get therein,” said Frank Zambrelli, a managing director at Accenture and director of Fordham University’s Responsible Business Coalition. “That is an opportunity — recession or boom economy — that I don’t want to miss.”