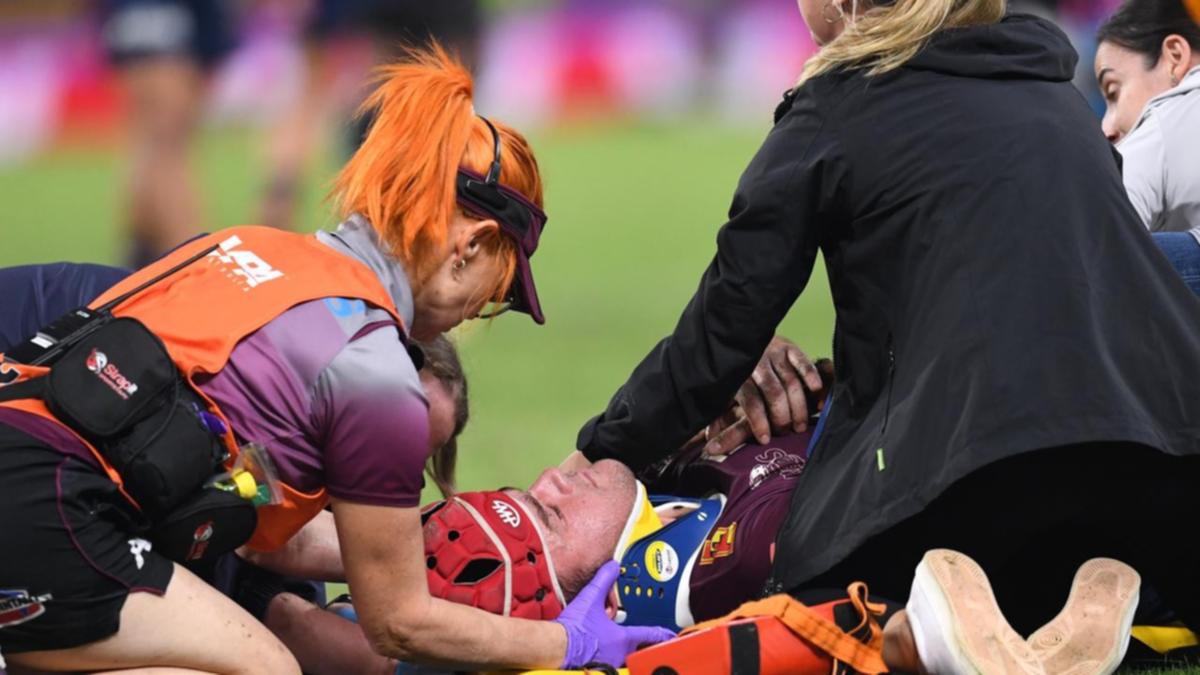 Harry Wilson says the Queensland Reds are in a good head space despite the run of losses that has seen their Super Rugby Pacific title hopes plummet.

The Reds host Moana Pasifka at Suncorp Stadium on Friday night in the penultimate round, looking to rediscover some winning momentum heading into the finals.

On the back of four defeats they have slumped out a home finals spot to seventh, but with a top eight playoff berth assured, Wilson was upbeat about their prospects.

“We’re on a bit of a losing streak, but we showed some good improvement over the last few weeks and we are in a pretty good headspace,” Wilson said on Tuesday.

“We’ve got go out there as a team and try to get better each week and I’m sure it’s going to happen.

“I’m sure by quarter-final time we will be ready.”

The young Wallabies hopeful will be a key inclusion against Moana Pasifika, missing last round after he was knocked out and taken from the field on the medi-cab two weeks ago.

Before the disappointing loss to the Blues, No.8 Wilson had crossed the gain-line on 95 carries, 16 more than any other player in the competition.

They will also have Fraser McReight back after the busy young flanker missed the trip to Auckland with the flu to continue to press for Test selection.

“It was a pretty big knock but once I got back to the sheds I was all good and I’ve got full memory from it all,” 22-year-old Wilson said.

“I was good last week and I was trying to be available for selection but they thought the week off was better for me.”

Wilson said the league recruit Suliasi Vunivalu was starting to show his true colours after long-term struggles with hamstring injuries.

Although closely marked by the Blues, the burly winger did his best to get involved with some tough carries, scored a try and helped set up another.

“That game on the weekend was awesome and it will be so beneficial for him,” Wilson said of the former Melbourne NRL star.

“Obviously being out for so long, it takes a while to get back into the groove and we all saw on the weekend how much X-factor he has and just getting his hands on the ball, how it can change the game for us.