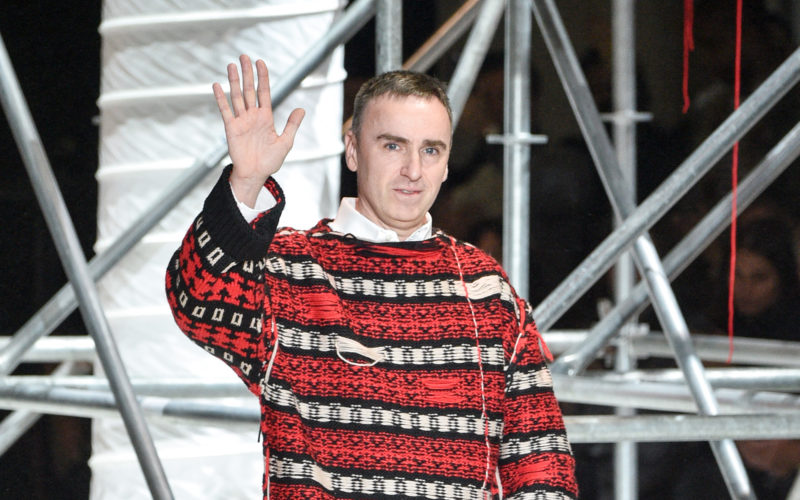 Now’s the time to start saving for a piece from the last collection — if collectors don’t get their hands on them first.

Raf Simons was already one of the most collectible clothing designers in the world. On November 21, he made himself even more collectible by announcing that Raf Simons (his namesake brand) is closing.

Simons’ influence is hard to understate. His blend of underground art and music references combined with street-friendly shapes pre-dates the work of “streetwear kings” such as Virgil Abloh. Marc Jacobs, Rihanna, and artist and sometime collaborator Sterling Ruby are among Simons’ admirers.

The Belgian-born designer, who works between Milan and Antwerp, will continue to design for Prada and he is expected to take over from 73-year-old Miuccia Prada when she retires. But his own label, launched in 1995, has a cult following that has produced so many iconic pieces through the years, he created a collection of re-releases called Raf Simons Archive Redux in 2020.

And with those re-issues already climbing in value, it’s impossible to say what the originals would get if/when they turn up at auction. On November 9, the Nebraska sweatshirt from Raf Simon Archive Redux sold for $93.11 CAD on eBay. One day after the announcement that Simons’ Spring 2023 collection would be his last, the same style was being offered at $1,272.30.

So now’s the time to start saving for a piece from the last collection — shown during the Frieze Art Fair in London in October – before the Raf Simons closing commences. That is, if you can get your hands on one. Here are some of our favourite looks for both men and women including knit onesies, tunic-y vests, and scribbles by late artist Philippe Vandenburg: