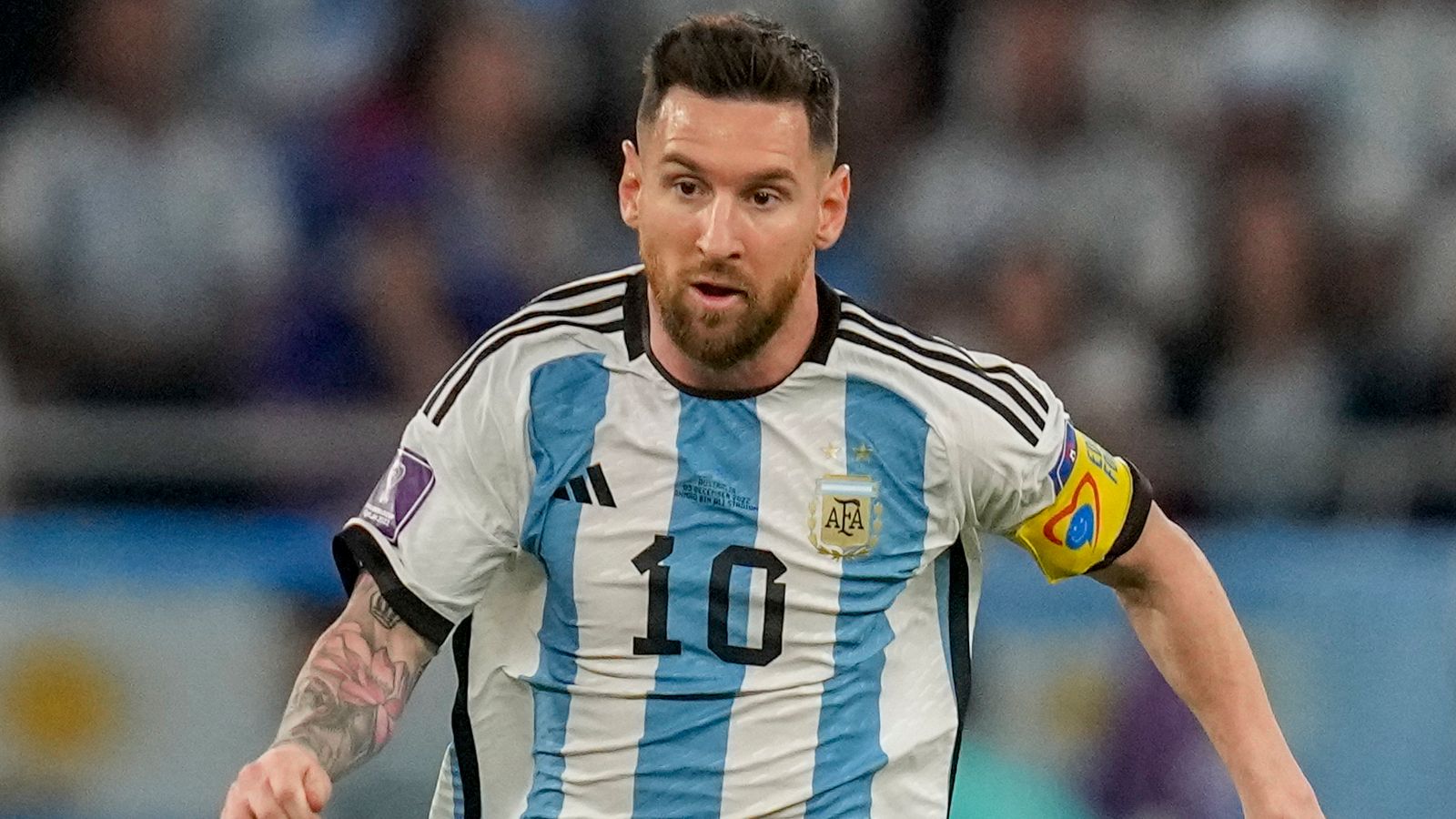 The legs do not move as quickly as before and everyone knows we are in the endgame now but is there a more thrilling sight in football than Lionel Messi with the ball at his feet? Through to another quarter-final after beating Australia, his World Cup dream is alive.

This was Messi’s best game of the tournament. He had the most shots and created the most chances. It needed his magic to unlock the opposition and once he had done so he was really able to enjoy himself. The hope for Argentina is that it is a sign of what is to come.

Argentina have been strong favourites in every game so far and a feature of these matches has been Messi’s attempts to find space when opponents are set on stifling him. But if Argentina do go all the way in Qatar there will be different types of tests ahead.

His performance once his team were ahead might be a hint of how dangerous he could become in the latter stages of this World Cup. If opponents pursue a more open game against Argentina then that could be a big mistake because Messi is still on it.
Adam Bate

“With Leo playing this beautifully,” said Lionel Scaloni afterwards, “these are very exciting moments.” The Argentina manager deserves huge credit too. He has got this World Cup campaign back on track after that alarming start against Saudi Arabia.

There have been more free-flowing Argentina sides than this one but at each of the last eight World Cups, they have fallen short. This one at least seems likely to maximise its chances. The winning football they delivered at the Copa America is still in them.

The team is clearly built around Messi but Scaloni continues to tweak things, making adjustments both subtle and straightforward. The emergence of Julian Alvarez helps. He brings the energy that is needed given Messi’s relatively limited off-the-ball movement.

Scaloni is able to rotate the full-backs and, tactically, it is interesting that he can comfortably switch to three at the back if the situation demands it. With Angel Di Maria likely to be available again for the quarter-final, there are options. And with Messi, there is always hope.
Adam Bate

Though Argentina were deserved winners, they created little before Messi’s goal and needed some fortune not to concede an equaliser late on. That is testament to the work of Graham Arnold in turning his team into such dangerous opponents at this World Cup.

Scaloni praised Arnold’s team for “pressing very smartly” and in that opening half an hour, in particular, they caused plenty of problems for Argentina. Had Aziz Behich or Garang Kuol snatched a late goal then who knows what might have happened in extra-time.

Expectations had not been high and the coach faced criticism coming into the tournament. But a modest side has made memories in Qatar, winning as many matches at this World Cup as they had won at every other World Cup combined. There should be only pride.
Adam Bate

At the end of the group phase, Louis van Gaal snapped at suggestions from the Dutch media that his side were boring and they needed to open up. His side’s first-half performance against USA in the last 16 seemed like a direct message to the press: I know how to progress at major tournaments.

From the first whistle, the Netherlands allowed USA to have the ball and backed off into a mid-block. The Americans, who had thrived on the energy and enthusiasm of their youthful midfield in their previous matches in Qatar, suddenly found themselves required to pass their way through a well-structured defence. They struggled.

And when they slipped up the Netherlands broke with pace, accelerating up the field with excellence to expose their opponents’ sluggish central defence. It was a ploy which required humility from the favourites – but had the Dutch 2-0 up and comfortable at the break.

In the second half, calmness turned to chaos. Whether it was caused by the Dutch getting over-confident or USA’s decision to throw everything they had at the problem, the game opened up.

Twice the Netherlands had to clear the ball off their goal-line before Haji Wright’s unusual goal halved the deficit for USA. There were chances at both ends – although USA’s ambition was ultimately their downfall, with Denzel Dumfries’ goal, soon after Wright’s strike, ending the chance of a dramatic turnaround.

It was an exciting second half – but unpredictable. And that’s not how Van Gaal wants it to be. He’s never lost a match in charge of them at a World Cup. The Netherlands’ supporters must trust his judgement.
Peter Smith