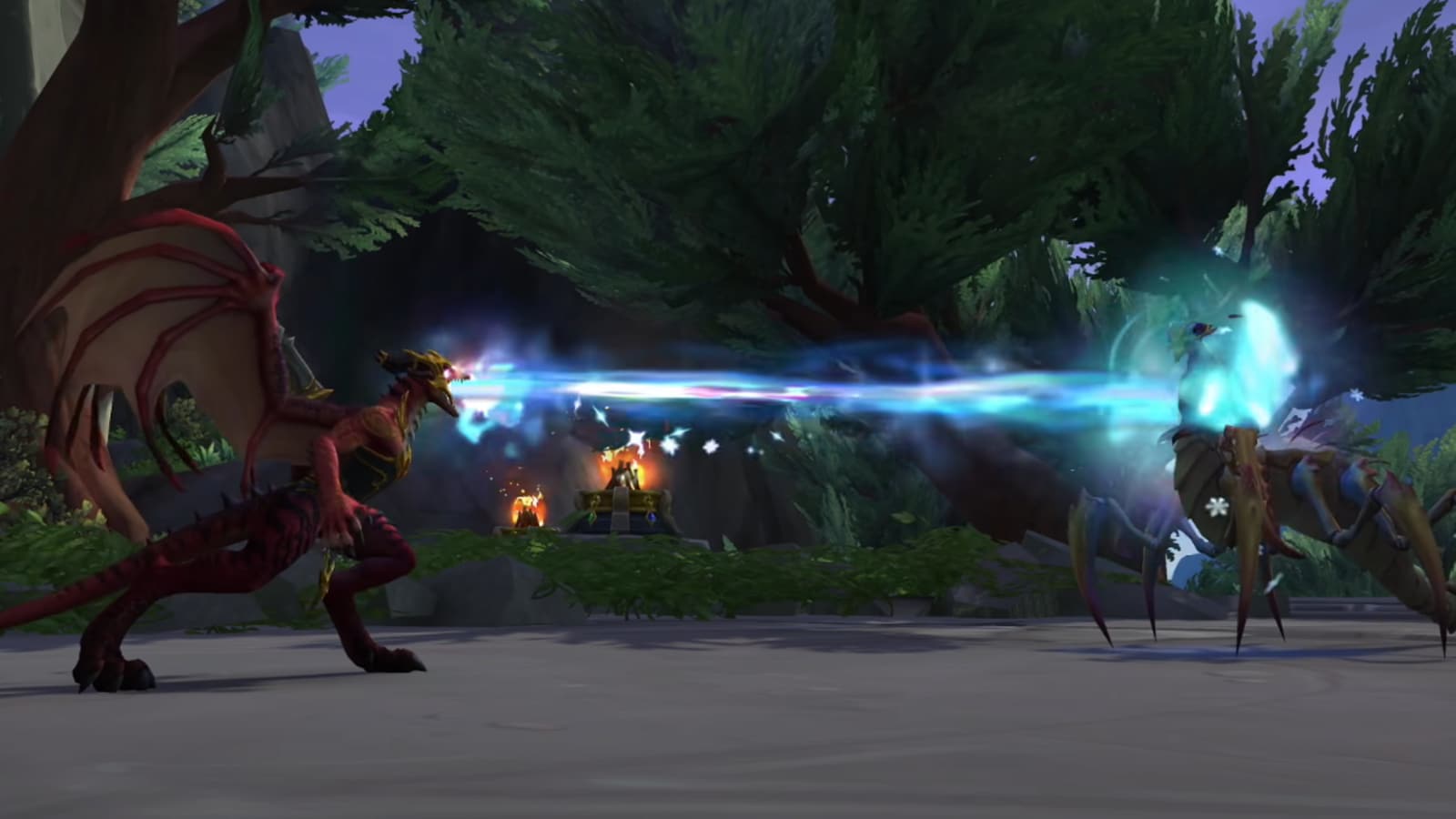 Blizzard has announced that the new WoW race coming in Dragonflight, Dracthyr, are getting their racial passive massively nerfed in the early alpha build of the expansion.

World of Warcraft’s next expansion, Dragonflight, is rapidly approaching. Planned for a late-2022 release, WoW’s next adventure is set to take place in the Dragon Isles for the very first time.

Along with a new setting and story, WoW players are also getting a new race, the Dracthyr, as well as a race-exclusive class, Evoker.

The expansion is in its alpha phase now, and developer Blizzard has revealed that the Dracthyr’s unique racial passive is already slated for nerfs.

Blizzard announced on July 29 that way ahead of Dragonflight’s actual release, the company is nerfing the max speed of Dracthyr’s racial passive, Dracthyr Soar, by roughly 30%.

The developers said, “With the next alpha build, we’re making a change to Soar for Dracthyr that reduces their maximum speed from (roughly) 930% to 640%. The maximum speed for Dragon Isles Drakes is unchanged. This only applies to the Dracthyr Soar racial ability.”

Soar allows Dracthyr players to launch into the air and fly after a momentary cast time.

The devs also took the time to explain exactly why the Dracthyr’s passive was targeted so hard, “Soar is important to the identity of Dracthyr. From the outset of the design process, we knew that Dracthyr had to be able to fly in some form, even if we didn’t know the specifics until later. But, Soar is also a Racial ability, and was never intended to be a massive efficiency or performance improvement over other races.”

The alpha build for all of WoW’s expansions are a time for experimentation, and with Dracthyr being an entirely new race, it’s likely this isn’t the only change we see.