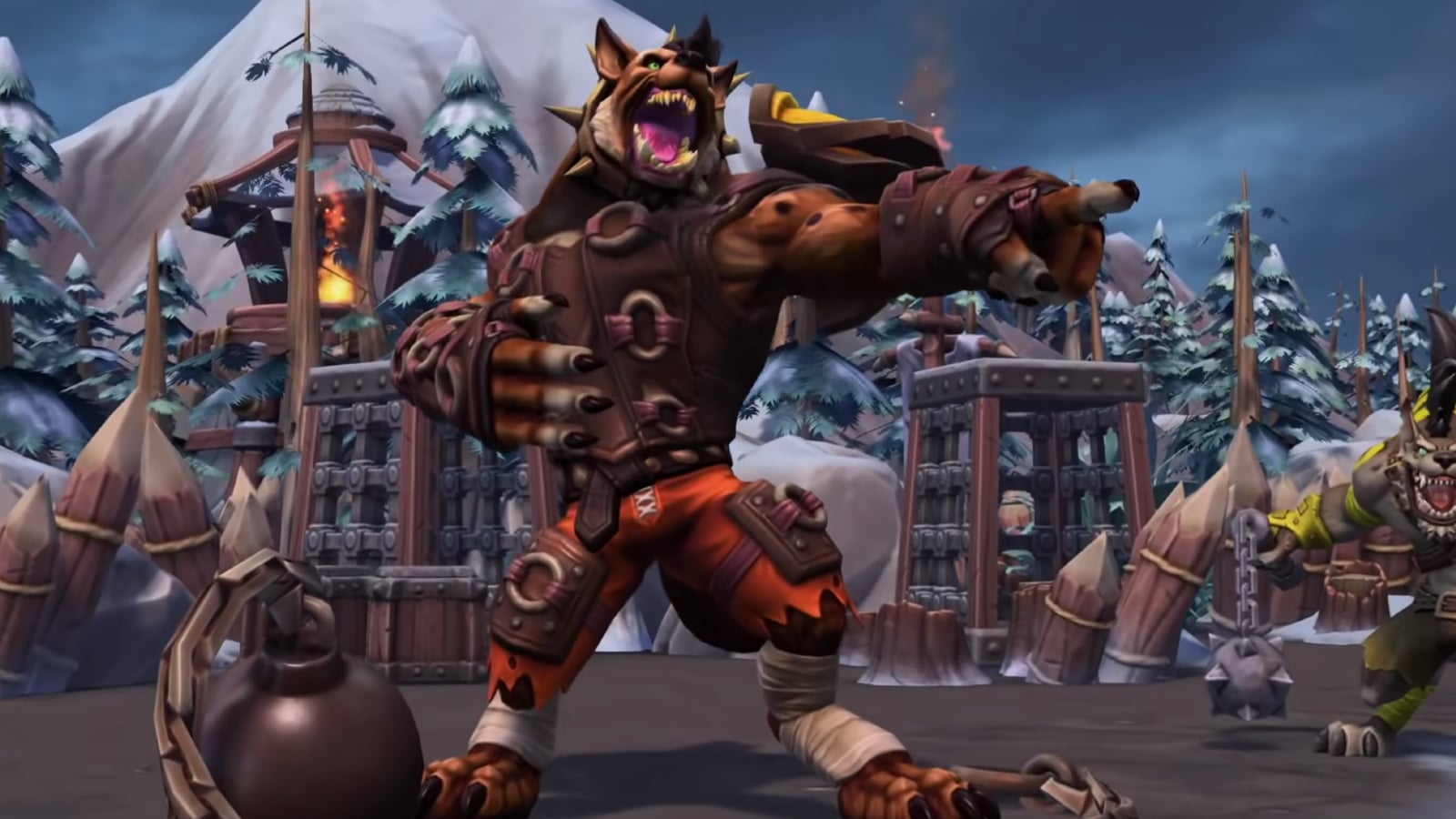 World of Warcraft players are elated as Blizzard has updated Hogger’s design for Dragonflight after the first redesign was met with heavy criticism.

With the official release date for Dragonflight fast approaching, new information regarding WoW’s next expansion has slowly been rolling out.

Along with that come leaks of redesigns of some of Azeroth’s most fabled names, like Alexstraza and Hogger.

Although Alexstraza was heralded for how incredible her new look is, Hogger’s was met with massive skepticism, as many believed the developers had turned their backs on his original look.

Now, new screenshots show that the Hogger has been redesigned, once again.

Hogger’s original WoW design, which has been updated.

On August 2, user ‘Nemesis4343’ posted screenshots to the WoW subreddit showing that Blizzard has made massive changes to Hogger’s updated design.

“They fixed my boy!” they shouted with joy.

In the new screenshots, Hogger has his old fangs back, along with a darker shade of fur. He also has a much more flashy outfit, rocking black metal armor.

Hogger is one of the oldest characters in WoW, dating all the way back to Classic, meaning many long-time Warcraft players have a connection to his original design.

One user in the comment section said, “Wait is this real, I’m so happy! I’ve been obsessed with gnolls in everything since I was a little kid and I don’t think I’ve ever been this excited about game news.”

Hogger is such a popular character he was included in Blizzard’s crossover MOBA Heroes of the Storm, being added as the last character to the game. Luckily for WoW players, Blizzard delivered a redesign that both modernizes the gnoll and stays true to his roots.