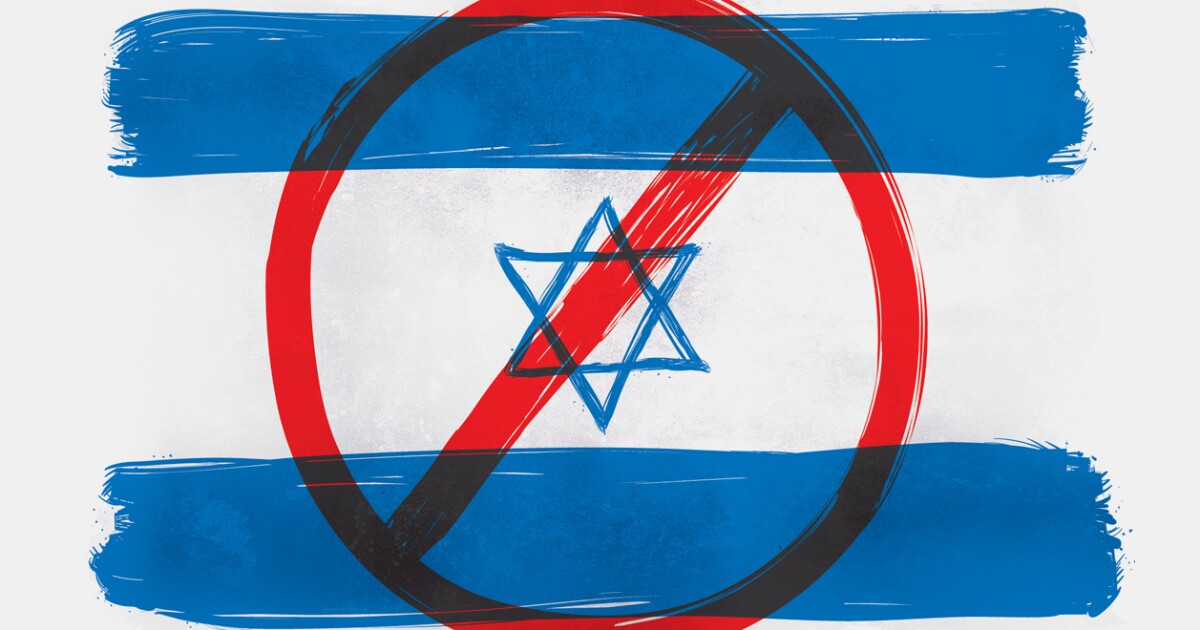 t not unusual for student organizations to pass resolutions critical of, or even hostile to, Israel, but nine law-student groups at the University of California at Berkeley broke radical new ground when they adopted a bylaw banning all speakers who hold pro-Israel views, regardless of the topics they would address. This bylaw applies in personam, as lawyers say, directed at individual students, faculty members, and others who support Israel’s right to exist, rather than the Israeli government or institutions. It is so extreme that the Berkeley law dean Erwin Chemerinsky — a progressive who has represented the family of a pro-Palestinian activist killed in an Israeli military operation — took strong exception, saying that the measure could be seen as antisemitic. I made a similar point in these pages, noting that the ban violates basic principles of academic freedom and open inquiry.

Mohammad Fadel of the University of Toronto presented an eloquent defense of the Berkeley students, also in these pages, but only by omitting the actual language of the resolution, as well as the students’ rationale for it, in favor of his own cleaned-up and more politically palatable version. Fadel repeatedly refers to the “exclusion of Zionist speakers,” to denying platforms to “Zionist speakers,” and to the right of students to avoid “repugnant views,” as though the prohibition runs only to the content of presentations. In fact, the bylaw bars all speakers who “have professed or continue to hold” Zionist views, no matter the subject matter or occasion. This provision amounts to a de facto ban on about 80 percent of the world’s Jews, who consider the existence of Israel central to Jewish identity.

Fadel invokes the student groups’ freedom of speech but does not quote the statement of Law Students for Justice in Palestine, the bylaw’s originator, rejecting the same freedom for others: “Free speech and the exchange of ideas cannot be romanticized when the byproduct of such rhetoric causes harm to marginalized communities.” “Harm” has apparently become a synonym for the discomfort caused by allowing any supporter of Israel’s existence to speak to law students about anything.

As Fadel recognizes, the speakers’ ban was part of a larger package of BDS (boycott, divestment, sanctions) provisions, but he does not acknowledge that it sweeps far more broadly than the BDS resolutions of scholarly organizations, which have attempted to preserve a measure of academic freedom. The Middle East Studies Association, for example, states that its academic boycott only “targets institutions” and does not apply to “individual students or scholars.” The American Studies Association exempts “individual scholars, students, or cultural workers” from its boycott, explaining that they may “give public lectures at campuses,” no matter what they believe.

Fadel characterizes the prohibition as applying to “speakers who are rabidly anti-Palestinian.” In fact, the Berkeley bylaw is so excessive that it would prohibit mainstream speakers of all backgrounds from addressing any of the nine signatory organizations on topics entirely unrelated to the Middle East. Justice Elena Kagan could not speak to the Women of Berkeley Law on issues before the Supreme Court; Vice President Kamala Harris could not tell the Asian Pacific American Law Students Association of her childhood in Berkeley; Sen. Tammy Baldwin could not speak to the Queer Caucus about her experience as the first openly lesbian senator; and even President Barack Obama would be barred from addressing the Law Students of African Descent.

In dismissing the Berkeley Jewish Student Association’s concern that the prohibition will “disproportionately silence” Jewish students, Fadel seeks to disassociate Jews from Zionism. He points to recent surveys showing that a significant percentage of American Jews are highly critical of Israel’s treatment of the Palestinians, and a majority doubt recent Israeli governments’ commitment to peace. But disaffection from the government is not a repudiation of Israel, any more than disgust with the Trump administration is a repudiation of America. Although unmentioned by Fadel, the very surveys he cites also show that the great majority of American Jews, no doubt including Berkeley law students and faculty members, remain supportive of Israel, believe in its right to exist as a Jewish state, and are thus subject to silencing under the bylaw.

Fadel is troubled by my suggestion that judges might think twice about offering clerkships to the ringleaders of the boycott because of their evident “inability to tolerate the mere presence of a speaker who holds uncomfortable beliefs.” He says that “refusing to invite a speaker who justifies the ethnic cleansing of Palestinians” should not be disqualifying, as though the ban reaches only human-rights violators. There are many speakers who do not merit invitations from law-school groups, apologists for ethnic cleansing among them. It is the blanket exclusion of Israel’s sympathizers, no matter the topic, that evidences a lack of commitment to the open-mindedness and objectivity essential in a judicial clerk.

here are many issues on which Fadel and I agree, including the right of student organizations to exclude speakers on ideological grounds. We also agree that it was ridiculous and inflammatory for some commentators to complain of “Jewish-free zones” in Berkeley. We are both opposed to coercive anti-BDS laws, enacted by many state legislatures, penalizing businesses that boycott Israel. We both believe that Israel’s treatment of Palestinians has been morally unacceptable and that Israeli settlements in the West Bank are illegal and must be removed. Perhaps Fadel joins me in supporting a two-state solution, in which Israelis and Palestinians respect each other’s independence and security.

These issues would ordinarily be matters for dialogue, in which we would seek common ground, hoping to better understand each other’s ideas. That is one way to develop proposals for resolving international disputes without war. I would appreciate such a conversation with Fadel, and I am more receptive to his views than he probably expects, but we could not hold that discussion at a meeting of Berkeley’s Muslim Student Association. I am banned from appearing before that group because I support Israel’s existence, notwithstanding my decades of opposition to the occupation and to the oppression of Palestinians.

The great irony is that Fadel closes his essay with a quote from the late Edward Said, calling upon Jewish Americans to declare themselves “for the joint, politically equal survival of two peoples.” Anyone heeding Said’s admonition today — advocating the political independence of both Israelis and Palestinians — would be prohibited from speaking on that subject, or any other, to nine law-student organizations in Berkeley.