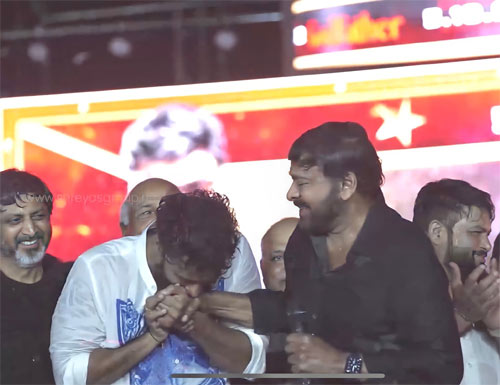 Satyadev played the main antagonist role, and the young actor is receiving appreciation for his spectacular performance. Satyadev became quite emotional and shared a heartwarming post on his Twitter.

He wrote, “That’s all I can say,” and shared an image of him along with Chiranjeevi from the pre-release function. It looks like Satyadev is so overwhelmed with all the love. We must wait and see how he will shape his career now.

That’s all I can say !! pic.twitter.com/vBvvJTyCaL