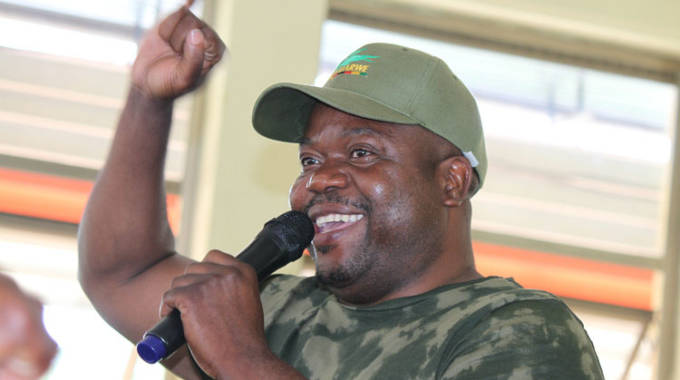 BY KENNETH NYANGANI/METHEMBE SIBANDA
ZANU PF Mutasa South legislator Misheck Mugadza survived a road accident on Wednesday afternoon after his vehicle was involved in a head on collision with a haulage truck in Macheke, Mashonaland East province.

He was on his way to Harare.

“I can confirm the accident, but I cannot give you finer details because I am out of office,” Denhere said

Mugadza, who is also a Zanu PF Manicaland provincial member, is reportedly admitted at West End Hospital in the capital.

“Mugadza was involved in a road accident with a haulage truck, but he is in a stable condition,” Yard said.

“We are overwhelmed by the number of people who want to find out how Mugadza is copying after the accident.”

The seat had fallen vacant after Tsunga was recalled from Parliament by then MDC-T leader Douglas Mwonzora.

Meanwhile, national police spokesperson Assistant Commissioner Paul Nyathi yesterday said there had been a 22% increase in road accidents since the beginning of this year.

Officiating at the launch of the Traffic Safety Council of Zimbabwe (TSCZ) Heroes and Defence Forces Safety campaign, Nyathi said:  “There is need for change of mindset if we are to achieve road safety. The country has had a 22% increase in road accidents since the beginning of the year, with 2 480 hit and run accidents resulting in people getting injured and loss of life taking place.”

“As we launch the 2022 Heroes Holiday Road Safety Campaign, we do so under the shadow of a dark cloud, which is a stark reminder of why we should redouble our efforts to arrest the carnage on our roads. A week ago, six people died after two heavy vehicles collided along the Masvingo Highway,” Sibanda said.

He said the Highway Code would be translated into Shona and Ndebele.