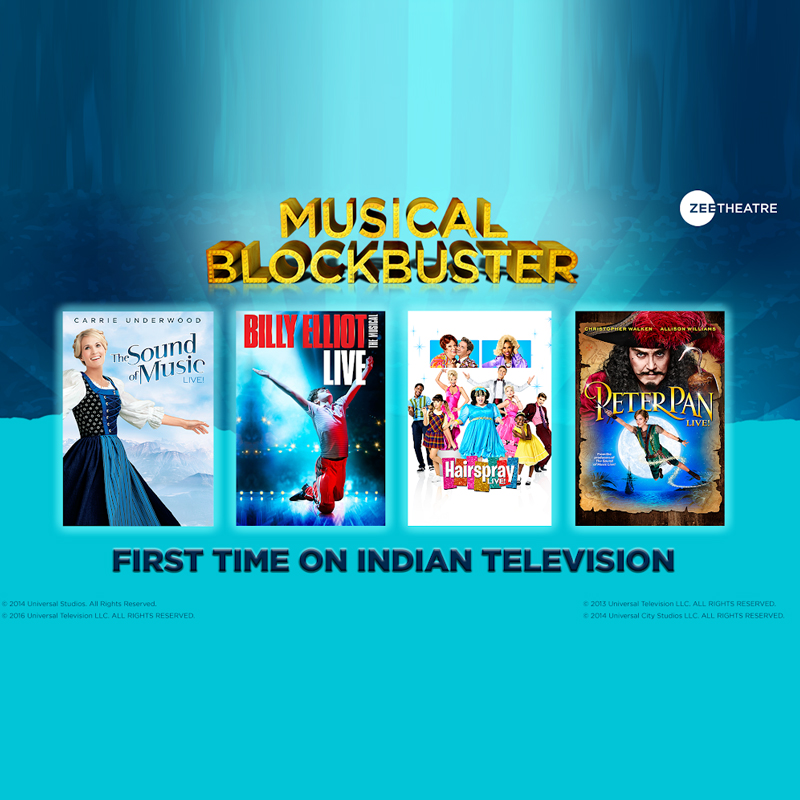 Mumbai: Zee Theatre brings star-studded stage productions like “The Sound of Music”, “Hairspray Live!”, “Peter Pan Live!” and “Billy Elliot: The Musical” to the small screen. This is the first time that four international musical blockbusters can be seen on Indian television.

A glorious month of star-studded, award-winning musicals will begin with “The Sound of Music Live!”, which will be aired at Tata Play Theatre on 29 May, followed by “Hairspray Live!”, “Peter Pan Live!” and “Billy Elliot: The Musical“. Over the years, these musicals have been adapted to stage and as well on the big and small screen with great success and Zee Theatre’s offerings have much to recommend them, including stunning production values, captivating performances and large helpings of nostalgia. With these treats, Zee Theatre has not only diversified its slate but will tap into new audiences who will discover for the first time, the energy and verve of immersive musicals.

“The Sound of Music” revisits the much-loved musical score with Carry Underwood, the multiple Grammy and Academy of Country Music Awards winning sensation. Underwood stars as Maria along with Stephen Moyer, Audra McDonald, Christian Borle, and Laura Benanti. Directed by Beth McCarthy-Miller and Rob Ashford, this true story based on Maria Von Trapp’s memoir, ‘The Story of the Trapp Family Singers’ has been a resounding hit from the time its first Broadway production was unveiled in 1959. Thanks to its central love story, ageless music, and family-centric wholesomeness, the musical has become an eternal favourite. Its cinematic version was the highest-grossing film of 1965 and starred Oscar winner Christopher Plummer and Golden Globe Award-winning actor Julie Andrews.

Explaining why Zee Theatre is bringing these musicals to Indian television, ZEEL chief creative officer-special projects Shailja Kejriwal said, “Indian audiences are no stranger to musicals. Our cinema and theatrical traditions thrive on musicality and dance. Musicals are also a huge part of Broadway and West End and we have curated some that will resonate the most with Indian audiences. “The Sound of Music“, “Hairspray Live!”, “Peter Pan Live!” and “Billy Elliot: The Musical”  are genre-defining stories that span coming-of-age dilemmas, love, self-discovery, and a lot more enthralling generations worldwide. These productions have much to recommend them and we are thrilled to introduce them to families across India.”